THE STORY SO FAR
For more than 13 years, citizens of DOUGAL CITY have suffered terrible weather and heavy rainstorms. It turns out that an evil witch, SABA MONTHBLEED, has peppered the sky with radioactive weather balloons! This has given her complete control of the atmosphere, keeping the villagers trapped in her meteorological terror. The citizens has tried to destroy the balloons, but the witch has thrown a spell on the clouds, freezing the clouds to stone hard ice,  making it impossible for them to get to balloons and destroy them...

The desperate villagers contact a local stunt pilot CAPTAIN CLOUDBERRY and begs for his help as he is the only man capable of maneuvering around the frozen clouds.

The famous Ace agrees to restore natural order, but he has one little problem: A few days ago, there was an incident. While on stunt practice, he had a close call with a hang-gliding desperado. This flyboy maniac attacked the rudder, leaving it damaged. Now, Cloudberry's plane can only turn one way!

AIM OF THE GAME
- Fly the plane and ram all the balloons.
- Pop the blinking balloons in the correct order for bonus points.
- Avoid the frozen and lethal clouds.
- Your plane can only turn one way, but thunderclouds may be helpful - lightning is known to cause a change of direction!
- The evil witch will attempt to thwart you by respawning balloons!
- There are unlimited planes, but limited fuel.
- When the fuel tank is empty, Captain Cloudberry is grounded. Grounded... FOREVER!

CONTROLS:
Captain Cloudberry is a one button game, designed to be used with the SiBUGA single button game controller. The game can also be controlled with the fire button of an ordinary joystick plugged into port 2.

Control the plane by pressing fire to make it turn. The plane will keep turning as long as you hold the fire button. When you release fire the plane will continue straight forward in the angle it is facing.

Remember that the plane can only turn in one direction, but if you run into lightning, the controls will change and the plane will turn the opposite way.

Developed by Megastyle in 2017

Nifty.  I haven't figured out how to get struck by lightning yet though.  Im guessing that tells you how awful I am.  Just a quick play though. Quite clever. Thanks!

Thank you Zaxxon1. I hope we can release an IOS/Android version of the game early in 2018 too.

Thanks for the support Sparky-D! :) 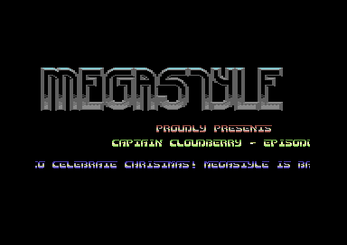 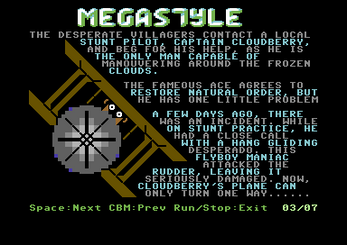 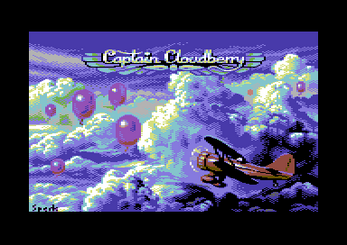 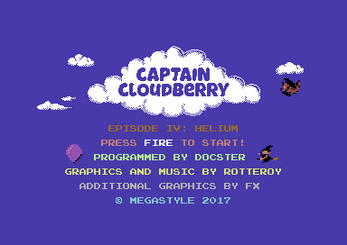 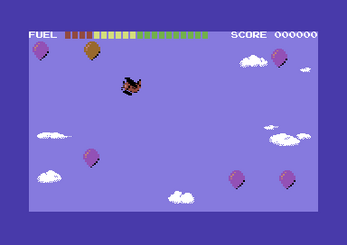