SNAFU '64
A remake of the Intellivision classic "SNAFU" for the Commodore 64/128.

-"A war between the serpents is on!  Chase your enemies with your aggressive snake, corner them in your maze. Kill them one by one – or let them kill each other before you strike and win in a game where only the swift will survive."

Aim of the game:
SNAFU '64 is a classic snake trap game where you must direct your snake so that it always has room to keep moving freely. At the same time, try to block your opponents so that they are forced into a collision. If a snake collides with the edge of the picture, with an obstacle, with another snake or with part of itself, it is killed and eliminated from the round.

Game variations:
When you see the game title, press fire on your joystick in port 2 to enter the menu. In the menu you have the opportunity to choose your own game variations by moving the joystick up or down.

2. Speed: Choose between Slow, Normal or Fast by pressing firebutton.

3. Rounds: Choose number of rounds from 1 to 99 by moving joystick left or right

4. Diagonal moves: Choose ”Yes” or ”No” by pressing firebutton. If you choose diagonal movement, you can cross a diagonal trail when moving diagonally yourself. However, the intersection must be between links.

5. Obstacles: Choose ”Yes” or ”No” by pressing firebutton.If you choose obstacles, these appear as different colored objects scattered about the screen.

6. Remove Dead Snakes: Choose ”Yes” or ”No” by pressing firebutton. If you choose to remove dead snake, their trails disappears when the player dies. If you keep them, they remain on screen as additional obstacles.

All game variations can be played by 1 to 4 Players with the Protovision 4 Player Interface.

How to play Snafu '64:
When the game starts all snakes are frozen on the screen untill the fire button on Joystick Port 2 is pressed.

The snakes will start moving in a random direction choosen by the computer.

The snakes will be controlled by the computer untill the player moves the joystick responding to his joystick. If a player do not move his joystick for the first 5 seconds of the game the computer will control the snake for the rest of the game. After you have moved your joystick, you will have control of your snake for the rest of the round.
Note that if all ”active players” die, the game will speed up the remaining computer controlled snakes, and quickly finish the round.

Your Snake will not respond if you try to change direction to the exact opposite of your present movement, since this would cause you to have a head-on collision with yourself.

When a snake collides, all other surviving snakes are awarded one point. If two snakes collide simultaneously, both are eliminated and neither receives a point. Any other surviving snakes, however, receive two points. Points are accumulated throughout the number of rounds set at the beginning of the game (up to 99). Points are displayed along the bottom of the screen, in the color of the snake

The ingame music lets you know that the current round of play had reached the "showdown" stage -- a battle between the last two existing snakes.

If you want to quit the game press ”RUN/STOP” to return to the title screen.

Play the original game on the INTELLIVISION LIVES!
CD-ROM available at www.intellivisionlives.com

To play the game, download the ZIP file and unzip the game.

The D64 file could be transfered to a real floppy disk and played on a Commodore 64/128 (both pal & ntsc compatible).

If you want to play it on your PC/Mac you can use an emulator like VICE. You can download VICE from http://vice-emu.sourceforge.net/

Dear megastyle,  may I please re-share your games (not just this one:) on my github project page?  More details about the project in my profile --> https://retrobrews.itch.io/. Thank you in advance! Retro Fan

Ofcourse! I followed you on twitter, so you can use PM there if you have any questions :) //Rotteroy

Thank you very much! 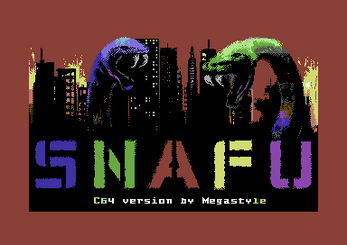 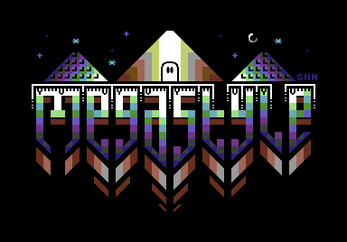 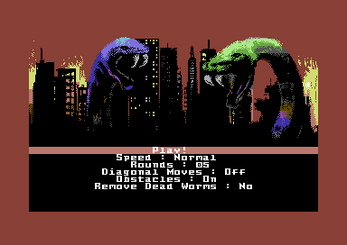 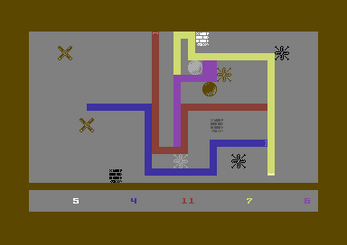 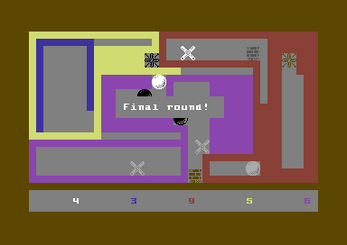