Reset64 Magazine is for the third time arranging a Commodore 64 game coding competition where the game must be under 4 kilobytes size.  The members in Megastyle  have been competing in this competition both in 2016 and in 2018. This year, 4 of our coders have together with our graphics and music artists made 7 games.

UPDATE 1: Kung Poo Fighter is updated with a small bug fix on the controls, making the game easier to control

UPDATE 2: Jumpin' Jalopies is updated with a bug fix that prevents the game from crashing reaching 526 points. Now its possible to reach the top! :)

-"Do you still shower with your dad simulator is our c64 4k version of the steam cult classic from Marbenx. Use joystick port 2 and choose between 3 different kids, and make sure you dont run into the wrong dad shower. Watch our for slippery floor and soap"

JUMP:
Game programmed by Kåre Johansen
Animation and music made by Roy Widding

-"Jump is our first stickman adventure game. You are controlling 2-4 players at the same time, running on a line, trying to avoid obstacles. The more players you control the more focus and concentration you need. Easiest to play on real hardware as controls are F1, F3, F5 and F7 - matching the same floor as the running stickmen"

-"Fight is the second stickman adventure game from Megastyle. You are controlling two swordmen who is under constant attack from a ninjastar throwing warrior, and you have to knock away the stars. Controls are keyboard only, use F1 or F3 to hit"

-"Fall is the third stickman adventure game from Megastyle where you are playing two men sliding down two endless holes, while you avoid sharp saw blades that will cut you in pieces. The game needs full concentration as you have to controll both men  at the same time. Controls are keyboard only, use keys  Z and M to jump with left and right man."

-"Use joystick in port 2 to control the Kung Poo Fighter and protect him from all the flying toilet rolls. Did you enjoy classicslike International Karate? Then you will love this!!  Kung Poo Fighter is Roy Fieldings first game for Megastyle."

-"Use joystick left right to turn your vehicle and press fire to activate the hydraulics. Jump between the floors in the parking house and get your car to the top floor where the only free parking spot is."

-"Welcome to another Flappy Genre game, fight gravity and blast alien ufos by pressing firebutton . Flappy Space is based on a Pico8 game made by Serendipity."

To play the game, download and unzip the file.
If you are a lucky owner of a real C64/128 you can transfer the files to disk or tape and play on real hardware.
If you want to play it on your PC/Mac you can use an emulator like VICE. Remember to use the latest version of Vice (like version 3.2) to get the best emulation. 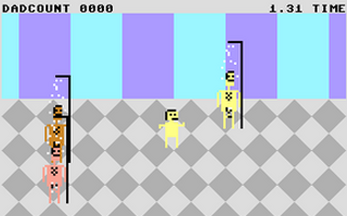 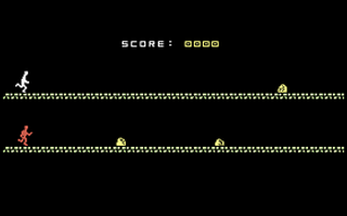 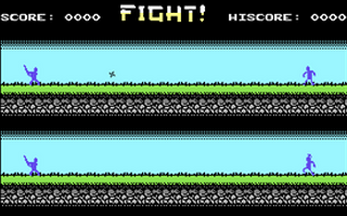 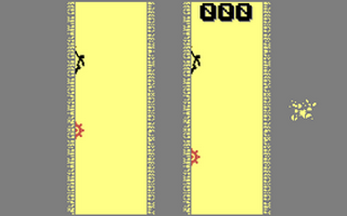 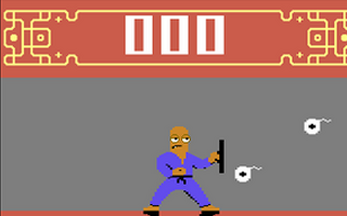 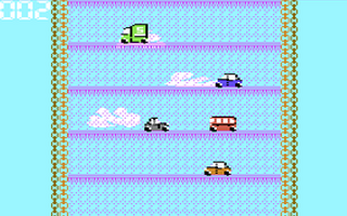 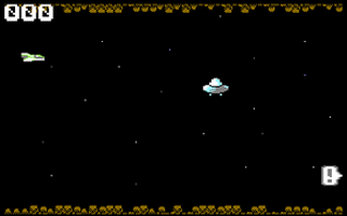