THE STORY:
Our hero - EL GRINGO - is infamous for being the fastest and most dangerous gunslinger in the wild, wild west. But he is tired of killing, and wants to retire from his gunslinger career to settle down with his true love, MISS. JIGGLYTITS. However, having this stellar reputation tempt outlaws from the whole wide west to seek him down for duels! Will it be possible for EL GRINGO to survive his retirement day and get to his true love?

AIM OF THE GAME:
To get to his true love, EL GRINGO has to gun down 6 outlaws on 3 different stages: The Desert, The City and The Graveyard. Each outlaw is slightly quicker than the previous, so EL GRINGO has to summon all his reaction, speed, and will to survive.

HOW TO PLAY:
Press space to start the game. Place your fingers on the keyboard while you GET READY. When a random character is displayed on the screen, you have to press the same character on the keyboard to draw and shoot your gun! If you are too slow, or you press the wrong character, you will get wasted.  To quit the game and return to the intro press "RUN/STOP"

TRAINER:
You can press "F8" to activate/de-activate the trainer. This can only be done on the intro screen. If the trainer is activated, the border changes color to dark blue. The trainer gives you full invincibility and you will never loose a duel. Keep in mind that a cheater is not worthy of any points on the hall of fame, so the score will remain at ZERO points as long as you have the trainer activated.  You can always return to the intro by pressing "RUN/STOP" and deactivate the trainer.

HI-SCORE SAVER:
If you have a disk-drive or you play the D64 version on an emulator, the game has a built-in high score saver.

CREDITS:
Programming by Docster
Graphics and Music by Rotteroy
Based on idea by Drumtex
Coding assistance: Scroll and Majikeyric
Playtesting and moral support by Majikeyric, Drumtex, Scroll, Rage and Sparkler

Instructions page made by Majikeyric with Petscii graphics by Shine, and sprites by Sparkler and Rotteroy.

To play the game, download the ZIP file and unzip the game.

The D64 file could be transfered to a real floppy disk and played on a Commodore 64/128 (both pal & ntsc compatible).

If you want to play it on your PC/Mac you can use an emulator like VICE. Remember to use the latest version of Vice (like version 3.1) to get the best emulation. If you use old versions of vice, the c64 is not perfect emulated and bugs might occur in the game (An example is the random routine for the letters).

Thanks for the game, very beautiful music and graphics and as i am typist i found challenging from the half of the game. Great game!

Thank you Alessandro! Cool to see that gamers still download and play this game :)

Hello Leorivas!  You probably have an old version of Vice. The old versions of VICE doesn't emulate the random routine, and then this bug appears. If you try the game on a newer version of Vice (3.1) that emulates the c64 better or on a real c64 you will get a whole new experience.  :) - Rotteroy 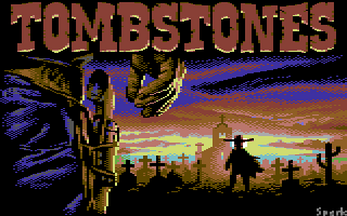 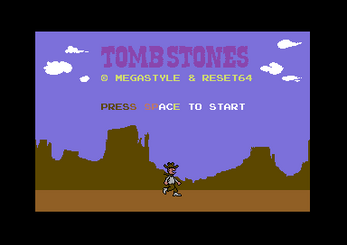 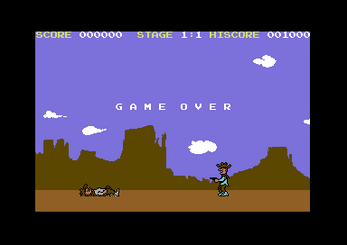